Time has a way of passing gently on the Great Northern Peninsula, inviting the luxury of ambling along your way. Whales, icebergs and timeless fishing villages capture the imagination, as both ancient history and breath-catching beauty unfold all around you in astonishing 3D. 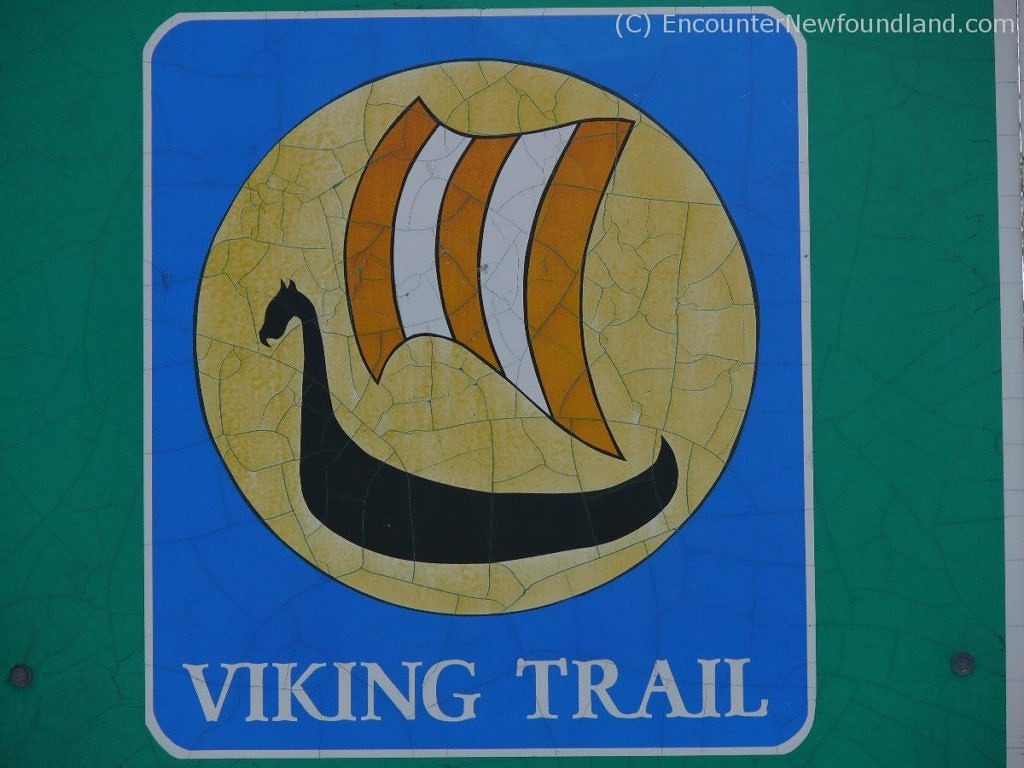 On the Great Northern, an in-the-moment experience awaits around every corner. This is a place where caribou saunter across the beaten path, where fossils carpet the shores, and where the people have always known you. Icebergs are harvested here, seal meat is a coveted dish and scarecrows are works of art. Wherever you turn, there’s a uniquely great northern moment waiting to be lived.

This second leg of the Viking Trail adventure takes you from Parson’s Pond, the first port of call north of Gros Morne National Park, to St. Anthony, a thriving town at the northernmost tip of the peninsula itself. En route you’ll have some uncommon opportunities. Explore ancient burial sites, discover rare arctic-alpine flowers, and even encounter a primitive life form, all while traveling through some of the most stunning scenery in the province.

Scroll down to discover the one-of-a-kind experiences to be had north of Gros Morne.

Miss the first part of the trip?
Explore the Viking Trail from Deer Lake to Gros Morne National Park

First up on the continuing route north is Parson’s Pond. This startlingly picturesque shoreline community was included in Captain Cook’s 1768 survey of the coast as Sandy Bay. Photographers will be happy to pause here, and the Devil Bite Trail, a 45 kilometer loop around stunning fjords, will take hikers to the edge of a 1000-ft waterfall.

Just past Parson’s Pond is Arches Provincial Park, named for the curious geological formations that rise up from the stony beach. The sea’s action over many centuries created natural arches in what was then an underwater dolomite deposit. This deposit was later pushed to the surface, resulting in an impressive prehistoric arched structure and the perfect spot to take a selfie.

Traveling on along route 430 takes you through Bellburns, where the Table Point Ecological Reserve awaits the geology minded. This reserve protects the unique 470 million-year-old limestone fossils found here. A short hike across the barrens to the shore affords visitors a chance to view the fossils, and maybe even a whale or two, as they can often be seen along this part of the coast.

Next, the highway takes you through Hawke’s Bay, where the mighty Torrent River offers the sports-minded traveler a chance to experience some of the best salmon fishing anywhere. Seekers of unique experiences will enjoy a guided walk along Hogan’s Trail, 3 kilometers of boardwalk that brings visitors to the Torrent River salmon ladder, where multitudes of salmon can be seen jumping upstream over falls in their annual migration to the spawning grounds. Those wishing to see more of these fish in their natural habitat can visit the Torrent River Salmon Interpretation Center and learn about the life cycle of the salmon, while watching them swim via underwater windows.

From Hawke’s Bay you have the option of continuing north up the coast to the next point of interest on Route 430, or taking a detour to explore the Port au Choix Peninsula. Along this short scenic route, home to the Port au Choix National Historic Site of Canada, you’ll discover aboriginal burial grounds, archaeological digs, historic lighthouses, and countless picture-perfect scenes.

For more on the Port au Choix Peninsula and what it offers visitors, see our scenic route guide: A Trip Down Port au Choix Lane (Article opens in new tab.)

The road north from Eddies Cove West hugs the shoreline, winding its way through historic fishing villages and startling scenery. There are plenty of places along the way to pull off the road and explore, picnic and trip the shutter on your way to the Bird Cove/Plum Point Archaeological Project for a most unique look at 50 full centuries of cultural heritage.

For over 5000 years rich natural resources have attracted inhabitants to this area, and a guided tour of the Fifty Centuries Interpretation Center affords visitors an uncommon, up-close view inside the life and culture of the prehistoric and historic peoples that have called this island home. Follow a wall of time back to an ancient past only recently come to light, examine fossils and artifacts, and come face-to-face with a Minke whale skeleton, all before a cuppa in the cozy tea room.

Get even closer to pre-history with a guided walk to the current dig sites in the area, where evidence of Groswater Paleoeskimo, Dorset Paleoeskimo, and Cowhead Complex Recent Indian habitation have been unearthed. Or enjoy an interactive experience with a mock dig at the reconstructed archaeological site in nearby French Cove.

If you’re planning to explore the Labrador Coastal Drive, the ferry across the Strait of Belle Isle leaves from St. Barbe. The trip takes approximately 90 minutes, but the adventure of this route begins on the water, as sea birds—some of which never come to shore—can often be seen during the crossing. The local motel and restaurant occupies the same building as the ferry terminal, making it convenient for hungry travelers and those who wish to make an early morning crossing.

Anchor Point is the oldest English community along the French Shore, as this part of the coast was known at the time of its settlement in 1750. Nearby Deep Cove is the community’s winter site, where in early days, families relocated to avoid the rough winter weather of the seacoast. This practice continued right up until the 1940s. Aside from its historical significance, this stretch of the coast is prime iceberg watching territory, as the icy towers make their way south through the narrow Strait of Belle Isle.

As you continue north, the land mass visible across the water is Labrador, known as the Big Land for its sheer vastness. The numerous small communities along this section of coast—from Anchor Point to Green Island Brook—offer the best views to be had of the Labrador portion of the province, short of hoping on a ferry. Each settlement has a history and charm all its own, and offers glimpses of the traditional island way of island life. Where tradition lives, photo opportunities abound.

Flower’s Cove is one of the larger communities in the straits region, and travelers will find it a convenient resting stop to grab a bite and refuel. The town is well known for its historical Marjorie Bridge, which is part of the Thrombolite Walking Trail, a must do for anyone seeking a truly unique experience. The bridge was once the only connection between the coastal communities. The restored bridge was originally constructed 100 years ago.

Crossing the Marjorie Bridge puts you on an ordinary path to an extraordinary sight. The Thrombolite Trail is an easy 15 minute walk that takes you to view one of only two Thrombolite sites in the world. Thrombolites are the most primitive life form known to have inhabited earth, and the only life known to have existed from 3.5 billion to 630 million years ago. They’ve left massive, bun-shaped evidence of their existence among the rocks of Flower’s Cove, giving visitors to the town a rare opportunity to view these most ancient of earth’s creatures.

Once a beacon for fishermen negotiating the rough waters of the Strait of Belle Isle, the Flower Cove Island Lighthouse has now become a beacon for travelers, in part because of its history, and no less because of its haunting beauty. Isolated on an island in the cove, the lighthouse and its keeper’s dwelling sit forlornly empty, hinting at memories held of days long past. The light was taken out of operation in 1968, but the structures remain as a poignant invitation to photographers to capture their melancholy beauty.

Between Flower’s Cove and Eddie’s Cove, the final point on this leg of the journey, the road snakes its way through numerous small communities that are remarkable for their unsullied beauty and sense of history. As you tour this shore-bound section of the route, take time to pause, stroll the untouched beaches, admire the exceptional views, and breathe in the cleanest air on earth. And don’t forget to watch for whales and icebergs!

This second leg of your trip up the Viking Trail ends in Eddie’s Cove, a place of especial interest to botanists, ecologists and naturalists. Watt’s Point Ecological Reserve, which is situated here, is a 30.9 square kilometer parcel of land that stretches 7 kilometers along the coast and affords visitors the opportunity to view a variety of rare arctic-alpine plants produced by the combination of geology and climate in the region. A walk on the desolate looking, rock-strewn barrens reveals the colorful plants sprouting from cracks in the soil, and some of them are found nowhere else on earth!

This ends part two of the journey up the Great Northern Peninsula. At this point, you could be forgiven for thinking you’ve seen the most beautiful and interesting places on the route, but the best is yet to come. On part three of your drive along the Viking Trail, you’ll enjoy some of the most scenic and unique encounters yet. Massive bergs, unusual traditions and fearsome Vikings await!

The Viking Trail is named for its end point, the spot where Vikings once settled...